You may have noticed Brooklyn Museum’s recent announcement that they have pulled out of Flickr Commons. Apparently they’ve seen a “steady decline in engagement level” on Flickr, and decided to remove their content from that platform, so they can focus on their own website as well as Wikimedia Commons.

Brooklyn Museum announced three years ago that they would be cross-posting their content to Internet Archive and Wikimedia Commons. Perhaps I’m not seeing their current bot, but they appear to have two, neither of which have done an upload since March of 2011, based on their user activity. It’s kind of ironic that content like this was uploaded to Wikimedia Commons by Flickr Uploader Bot and not by one of their own bots.

The announcement stirred up a fair bit of discussion about how an institution devoted to the preservation and curation of cultural heritage material could delete all the curation that has happened at Flickr. The theory being that all the comments, tagging and annotation that has happened on Flickr has not been migrated to Wikimedia Commons. I’m not even sure if there’s a place where this structured data could live at Wikimedia Commons. Perhaps some sort of template could be created, or it could live in Wikidata?

Fortunately, Aaron Straup-Cope has a backup copy of Flickr Commons metadata, which includes a snapshot of the Brooklyn Museum’s content. He’s been harvesting this metadata out of concern for Flickr’s future, but surprise, surprise – it was an organization devoted to preservation of cultural heritage material that removed it. It would be interesting to see how many comments there were. I’m currently unpacking a tarball of Aaron’s metadata on an ec2 instance just to see if it’s easy to summarize. 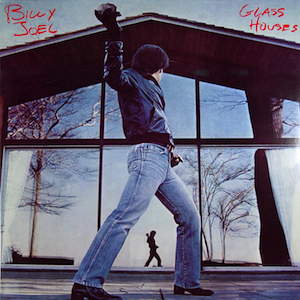 I’m pretty sure I’m living in one of those.

I agree with Ben:

It would help if we had a bit more method to the madness of our own Web presence. Too often the Web is treated as a marketing platform instead of our culture’s predominant content delivery mechanism. Brooklyn Museum deserves a lot of credit for talking about this issue openly. Most organizations just sweep it under the carpet and hope nobody notices.

What do you think? Is it acceptable that Brooklyn Museum discarded the user contributions that happened on Flickr, and that all the people who happened to be pointing at said content from elsewhere now have broken links? Could Brooklyn Museum instead decided to leave the content there, with a banner of some kind indicating that it is no longer actively maintained? Don’t lots of copies keep stuff safe?

Or perhaps having too many copies detracts from the perceived value of the currently endorsed places of finding the content? Curators have too many places to look, which aren’t synchronized, which add confusion and duplication. Maybe it’s better to have one place where people can focus their attention?

Perhaps these two positions aren’t at odds, and what’s actually at issue is a framework for thinking about how to migrate Web content between platforms. And different expectations about content that is self hosted, and content that is hosted elsewhere?