This week’s readings were focused on Values in Design with Friedman & Nissenbaum (1997), Shilton, Koepfler, & Fleischmann (2014) and Borning & Muller (2012). We were fortunate to have Katie Shilton on hand to talk about her article, and values sensitive design in general.

We actually spent the first half of the class working with Envisioning Cards, which are a deck of cards that help designers explore the value dimensions in their projects. We split up into groups, picked a technology project, and got 4 random cards to work with. My group decided to examine public transportation planning, which was hybrid socio-technical system involving human actors such as elected officials, planners, civic organizations as well as planning and data collection systems. Since this was kind of a sprawling system to think about we mostly focused on a particular planning task: designing the transportation system around a new supermarket that was being built.

One of our cards asked us to examine value tensions:

The card had us come up with three value tensions in our transportation planning system, and to then identify a design feature that favors one value over another. One of the value tensions we came up with in our supermarket planning was between car parking and public transportation. One design feature that materialized this tension was the size of the supermarket. If the location supported public transportation, then less space would need to be dedicated to car parking, which would leave ore space for the store itself.

I thought the cards did a nice job of guiding our group discussion to tease out value issues. They were especially good for getting our conversation started, and breaking the ice. We didn’t spend more than 5 minutes on each card, but even in that time it became clear that each member of our group had their own values that they brought to the table, and that these perspectives were valuable to the discussion.

Apparently it is more common to use Envisioning Cards when teaching Value Sensitive Design in classes than it is to actually use them as part of an actual design process. But I ordered a set anyway, since they seem like they could be useful to try in an actual design. Perhaps using game like elements in serious design issues could lead some to feel like values issues are being minimized or trivialized. But I think games can help unlock creativity as well. The cards reminded me a bit of CRC Cards in agile software development, which I’ve seen work quite well when designing object-oriented software. The card metaphor is a generally useful design metaphor, which is present in project management tools like Trello. 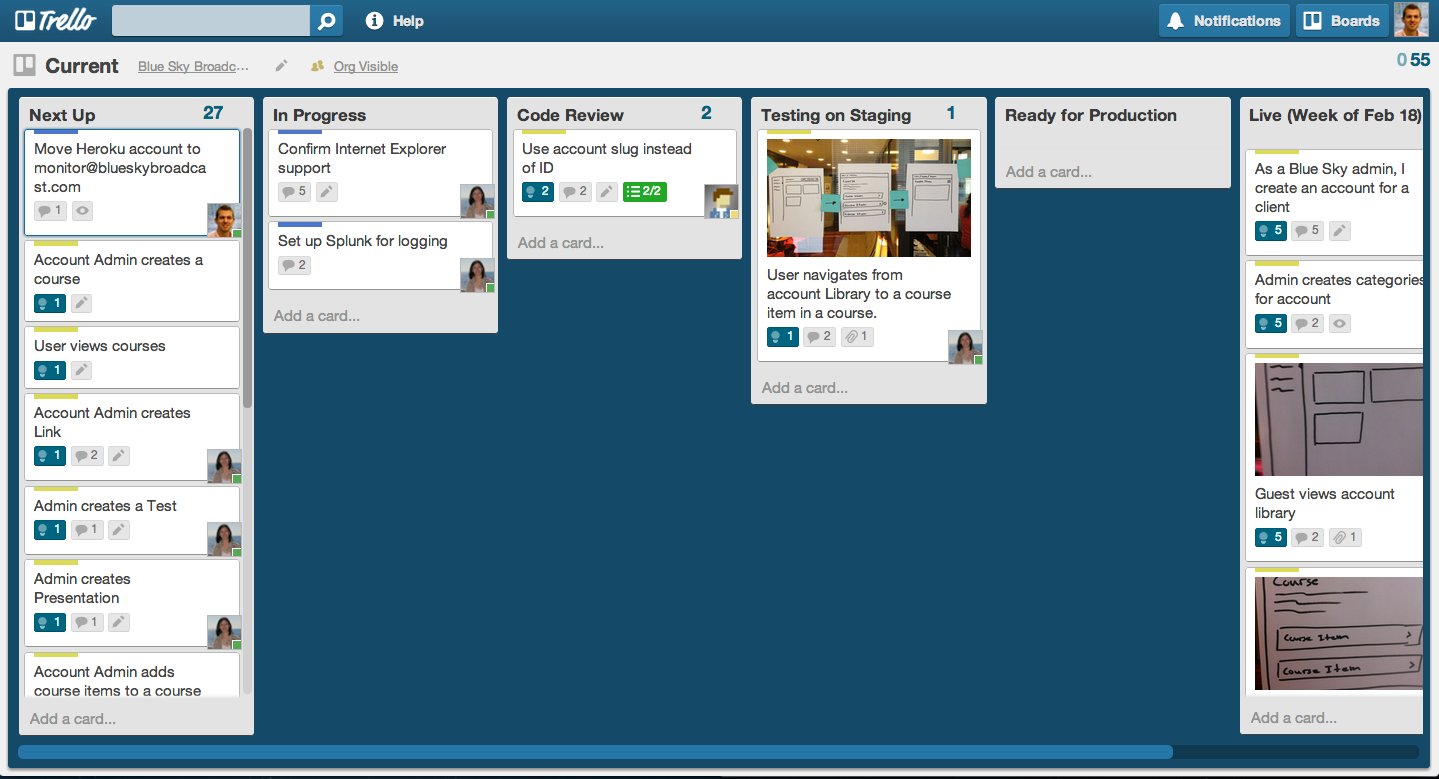 One of the interesting conversations we had around Borning & Muller (2012) involved transparency: how important is it for authors to discuss their own values in their research:

Another facet of this recommendation is connected with the aforementioned distinction among explicitly supported values, stakeholder values, and designer values. If researchers make this distinction in a given project, it may well be useful for the reader to know what are the relevant personal values of the researchers or designers, as well as the values that are explicitly supported in that project and the relevant values of the key stakeholders, so that the reader can judge how well the different kinds of values are distinguished and treated in the work. This kind of clarity is particularly important if there were value tensions or conflicts among values in these three groups.

Some felt that discussing values in a paper about quarks for example, may seem a bit out of place, and perhaps even discouraged. I think Borning’s point is not about research in general, but research involving the study of values. It becomes difficult to contextualize research into values when the researcher and designer values aren’t adequately described.

I have spent a significant portion of my career working in and with the open source and agile software development communities. Part of the reason these communities appeal to me are because of their implicit values of the commons and the value of users in design. But people can get involved in open source software for a variety of reasons, and successful projects often form because of shared values. It makes me think that the better these values are understood in design, the more fulfilling the work will be, and the easier it will be for outsiders to join in. This is just a hunch though, it would be interesting to see if other people are studying that. At any rate, I suspect that the bibliographies in these papers contain a lot of stuff I’m going to be looking at in the coming years.

Borning, A., & Muller, M. (2012). Next steps for value sensitive design. In Proceedings of the SIGCHI Conference on Human Factors in Computing Systems (pp. 1125–1134). Association for Computing Machinery. Retrieved from https://dub.washington.edu/djangosite/media/papers/borning-muller-chi2012.pdf