TLDR; By “redesign” I actually mean clusterfuck. As of last Thursday 47% of the 315 whitehouse.gov URLs I’ve collected during 2017 are now 404 Not Found

Since the White House website accidentally broke (or intentionally disabled) its RSS feed back when Trump entered the White House I’ve been running a bot to scrape the website to generate an unofficial RSS feed. I wanted an RSS feed so I could point my diffengine bot at it to watch for changes in what is published on whitehouse.gov, which are then tweeted tweeted by whitehouse_diff.

The RSS generation has run for almost a year without much fuss, but a few days ago I started to get email error messages from the bot about 404 messages. When I dug in to figure out what was going on I could see that:

is now redirecting to:

Poking around in the Wayback Machine you can see that this switch over happened last Thursday, December 14, 2017: 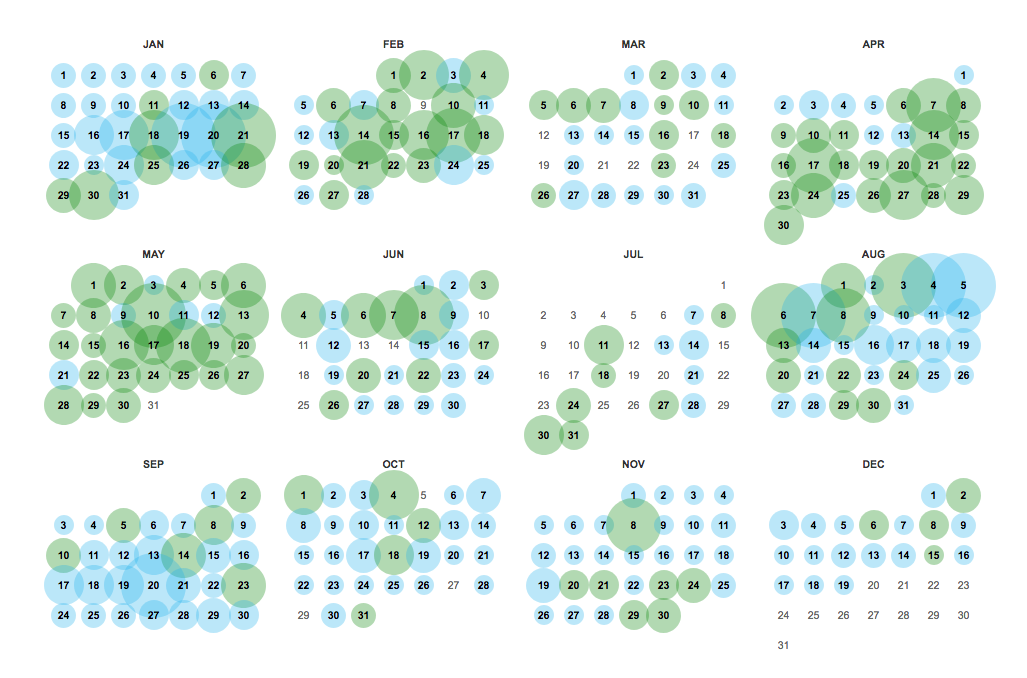 Checking out the representation of the web pages before and after you can tell that the style and layout has changed significantly: 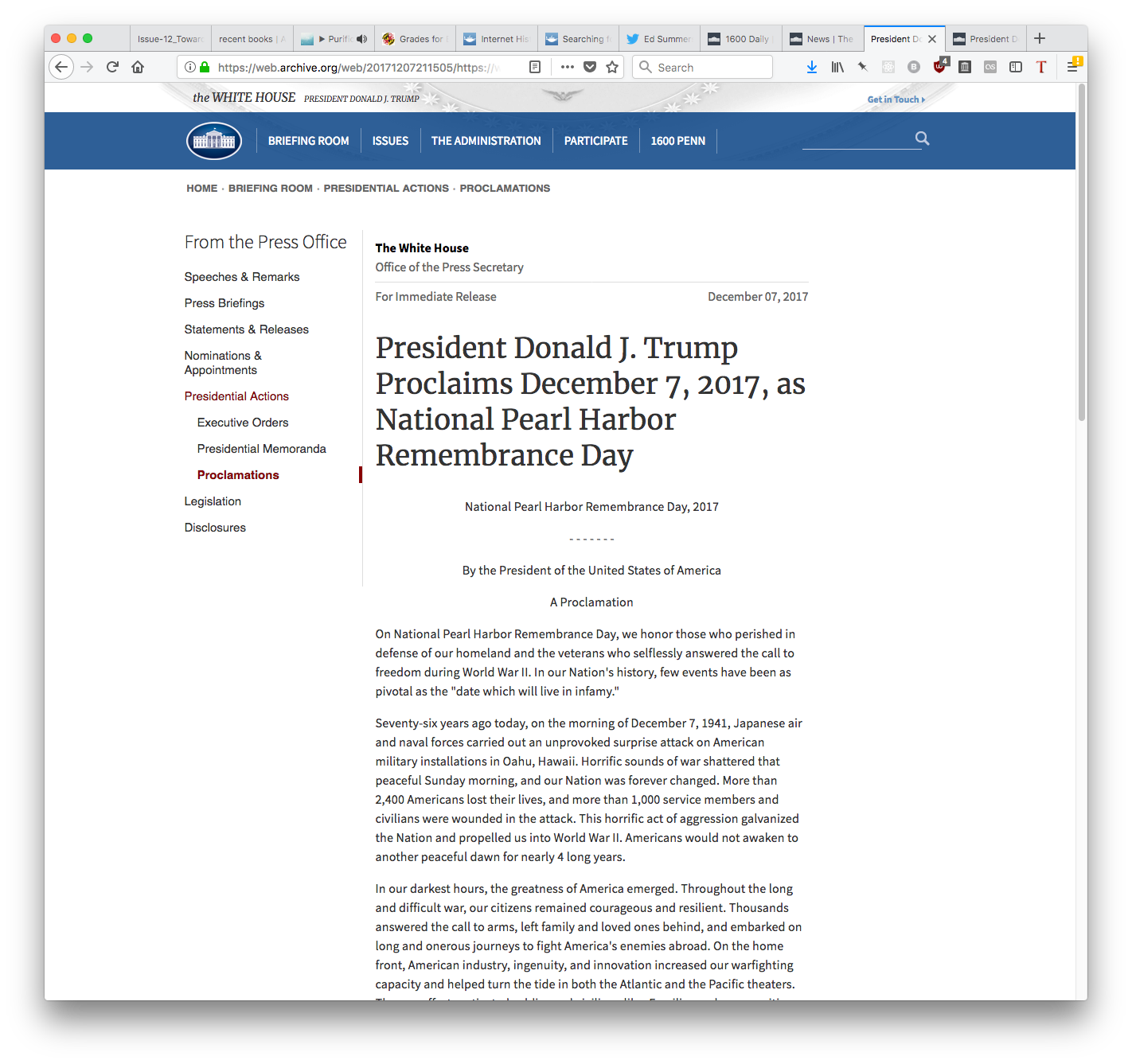 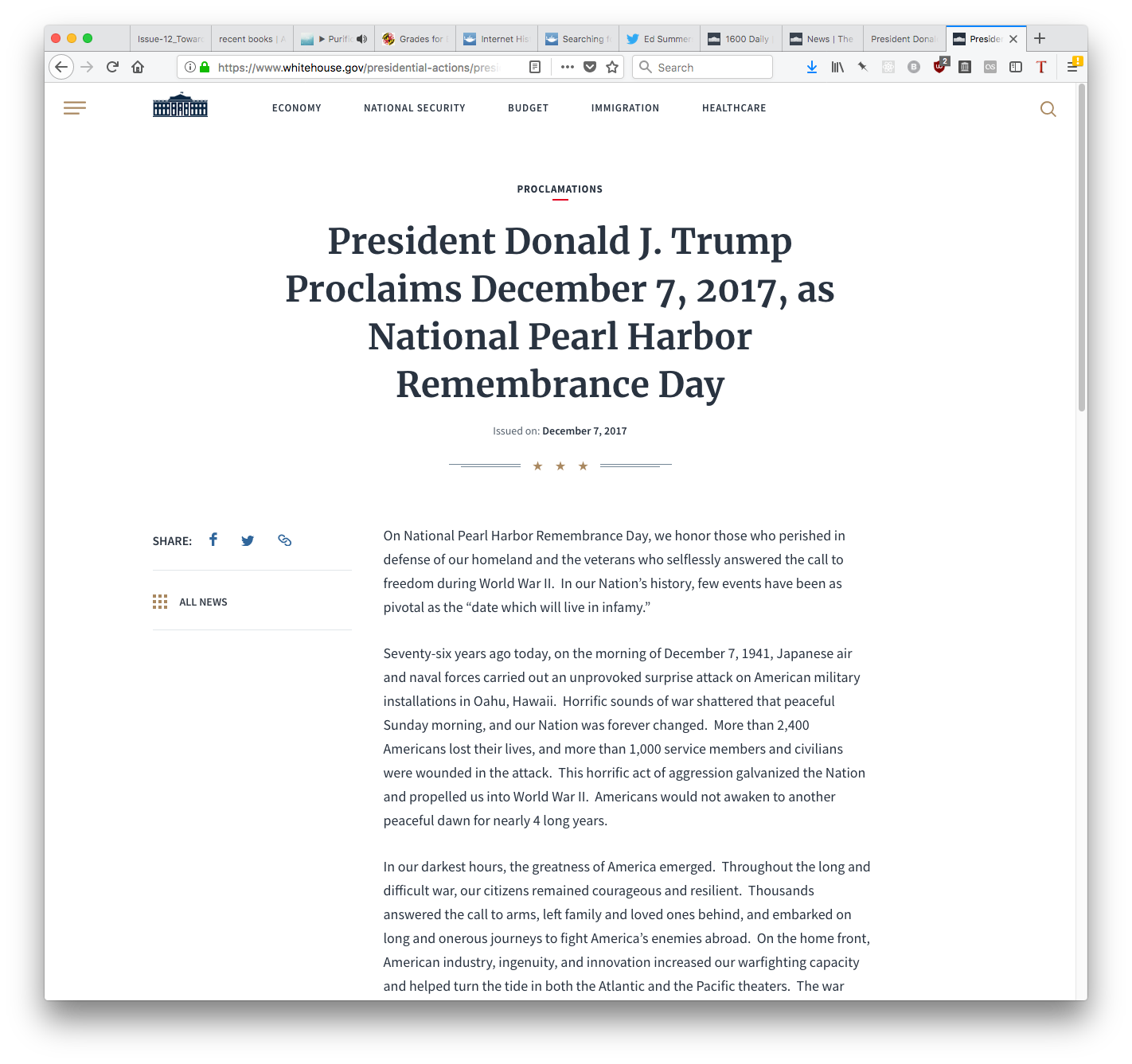 Examining the HTML made it clear that the new website is now being driven by Wordpress instead of Drupal which, according to Wikipedia, was being used previously. Here is the first mention I could find on Twitter about the change is:

There is an interesting discussion thread attached to that tweet that indicates it’s a bit of a mystery who developed the site, and that people who know aren’t sharing.

Don’t get me wrong: content migrations like this can be tricky. But this is the White House website, not just someone’s personal blog. So, I thought it would be interesting to see how many of the old URLs still resolve properly.

Link checking work can be difficult to get right, particularly because of the problem of false positives when the web server responds 200 OK for content that that is no longer available, or has drastically changed. In the web archiving community this is known as reference rot, which is related to the better known problem of link rot. Nevertheless, I took a quick look at the URLs that my diffengine instance has collected for the last year for www.whitehouse.gov. There are 315 of them and can you believe that 47% of the URLs are currently 404 Not Found? For the grim details check out this CSV.

Unfortunately this little sampling from 2017 does not bode well for the entirety of the URLs for the White House website. Presumably (hopefully?) the content is still living at a new location. But not maintaining these links, or at the very least redirecting them, means that the many, many links from the larger web to the whitehouse.gov website are now broken.

In addition to breaking the web these broken links will most likely effect how White House web pages are represented in Google’s index, since Google will treat these pages as effectively gone, which (if it were any other website) will negatively impact their Google Juice.

But I imagine the current administration isn’t too worried about a botched CMS migration as they focus their attention on trashing our economy and the environment while sending us teetering on the brink of nuclear war.

For more about the redesign story see this Mashable article. Thanks to Derek Willis for pointers and taking a look at this as it was being written.