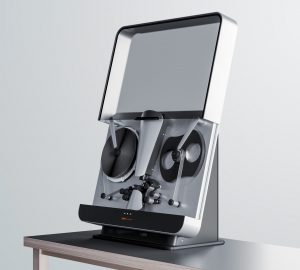 I see that GitHub has released an initial version of their Tech Tree document which will accompany the filmed git repositories they are depositing into the Arctic Code Vault in Svalbard.

Scanning quickly over the included materials it is striking how Victorian this whole project feels. While there is a section on Women in Technology, I wasn’t able to find anything about race or really much about the politics of software, the Internet and computer technology in general.

They are, of course, accepting pull requests. A few no-brainer things that might make sense to add:

This list should obviously go on for a bit right?

There are lots of books about web development e.g. with Node or Flask or what have you, but no books about where the web came from? Like maybe Tim Berners-Lee’s Weaving the Web, or Janet Abbate’s Inventing the Internet. And why not throw all the IETF RFCs in there while we’re at it?

Of course, everything is in English except for some dictionaries and a Wikipedia dump. Because, what else could you possibly need to understand computer technology in the 21st century right?

One thing I didn’t notice in the first round of publicity about this project is that GitHub didn’t build the Arctic vault themselves. The “future proof” film is going to be deposited in the Arctic World Archive, which is a collaboration between a company called Piql (how cute, “pickling”) and a state owned coal mining company (not so cute, guilty conscience anyone?) There is other stuff down there with the git repos, you know, like the Vatican Library and Siemens’ corporate documents.

I’m not sure I have time/energy to recommend things in pull requests–the effort itself seems so romantic and fraught. But this sure would be an interesting topic to write about in more detail. What do these choices they are making today say about their perspective on technology today? Who are the users that they are imagining in the future using this archive? What does this projection signify?