The Trump impeachment is underway. As expected the tweets-seen-by-millions-that-are-no-longer-available are being used as exhibits. For example here is one I saw in this NYTimes article. 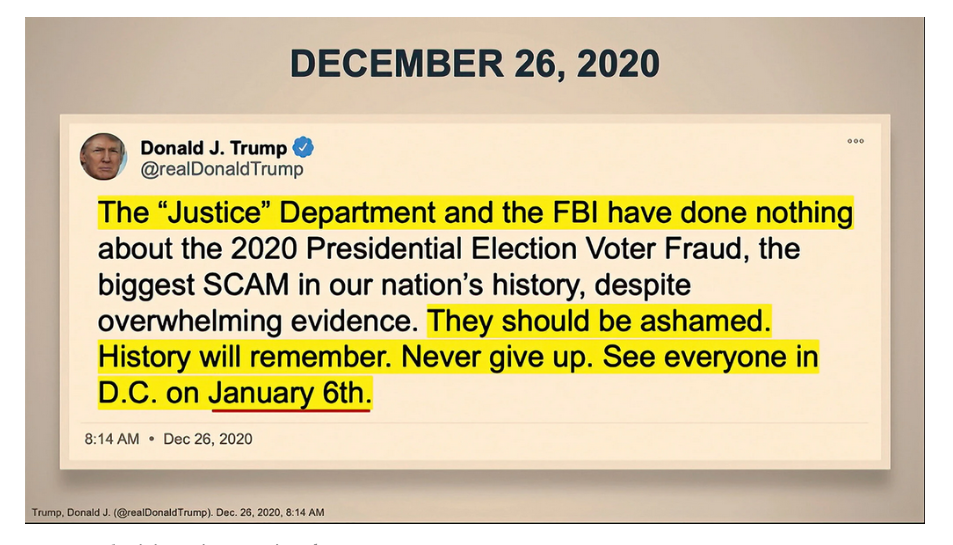 You probably can notice that the text is the same, but it doesn’t really look like the original. For example You can see one version of what it looked like at twitter.com here in the Internet Archive: 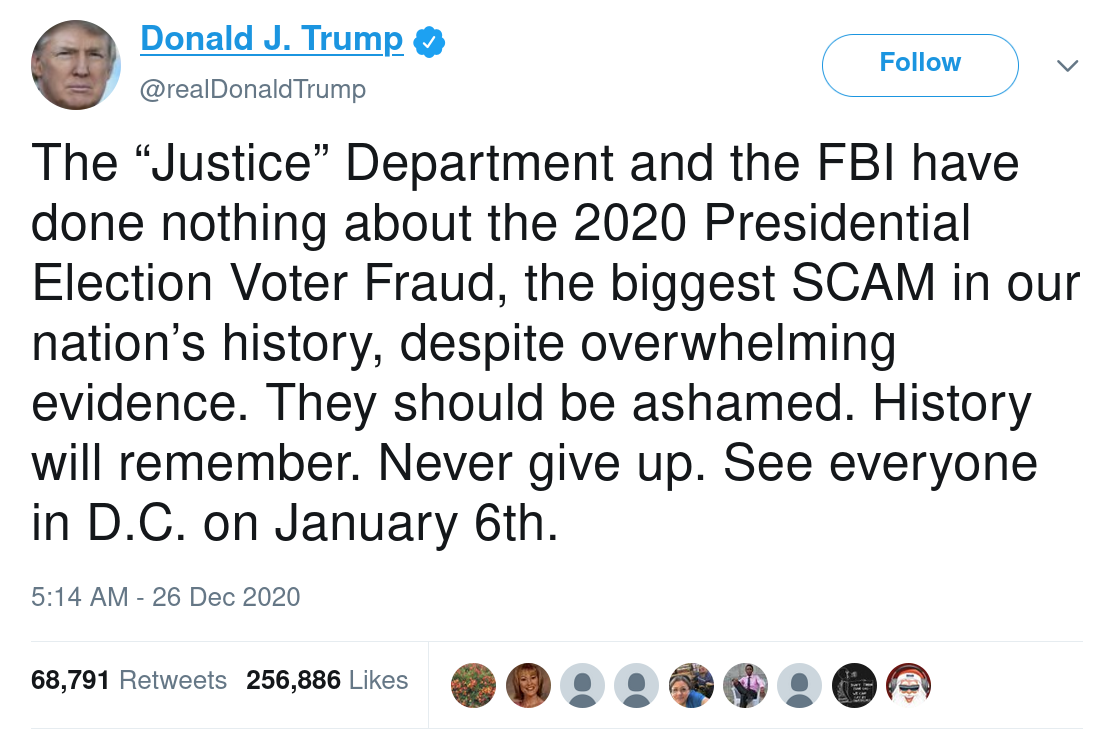 I still think it’s a shame that Twitter have removed these utterances from public consciousness. As much as I welcome that Twitter has finally stopped Trump from posting and retweeting, we should have a record of what he said, when he said it, on the web where it was published…especially now. And it’s not just about this or that tweet but looking at them together, and seeing the vile, shallow unpresidential behavior in time, as a read-only archive. On. The. Web.

Or, I guess we’ll have to rely on the Donald J. Trump Presidential Twitter Library: The Book until NARA puts something online in 5 years.