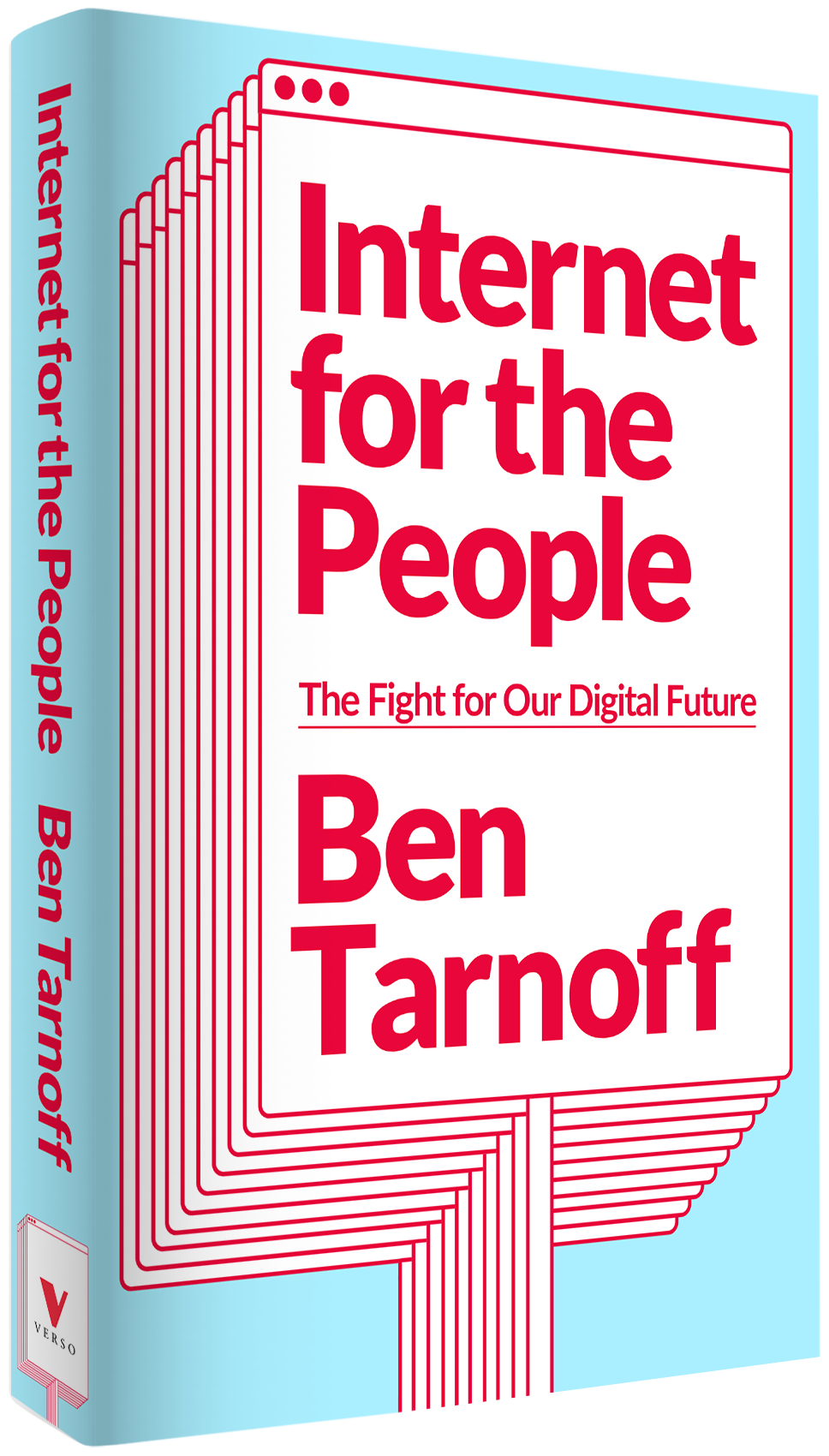 If I had to pick the tech book that meant the most to me in 2022 it would have to be Ben Tarnoff’s Internet for the People. This post is not a review, it’s just a quick pointer for others who are interested in the political economy of the Internet and WWW, to pick up a copy and give it a read.

I guess part of the reason why I liked it so much is that it told me an infrastructural story about the Internet that I thought I already knew, but hadn’t quite fully processed or synthesized yet. Tarnoff also has a crystal clear political message about our present and collective future.

We must strike while the iron is hot to break apart monopolies up and down the infrastructural stack (both providers and platforms) wherever and whenever we can. This needs to happen both from the outside and from within these monopolies.

But the reason for doing this is not to create a better marketplace for competition. Miniature versions of the corporate monoliths we have now could very well leave us worse off than we were before, as companies fighting for a competitive edge take advantage of consumers more, and operate in ways that are less accountable and observable.

No, the reason to break these monopolies apart is to create commoning space for new, publicly minded infrastructures to grow and take shape in. Tarnoff sketches some existing possibilities in the Toward the Forest chapter near the end. He suggests that much is to be learned from the movement for prison abolition, where “the failure to imagine a world beyond prisons and police condemns reformers to keep reiterating old injustices in new forms”.

An additional benefit to splitting monopolies up, is that it also raises the possibility for code (both laws and protocols) to provide greater flexibility for individuals to move their data around (data portability). When talking about email Tarnoff suggests that the SMTP is a legacy from a pre-privatized Internet:

The fact that these protocols are open and non-proprietary is a direct consequence of the internet’s public origins. Privatization has pushed things in the opposite direction: online life increasingly takes place within monolithic enclosures where interactions are governed by secret and proprietary algorithms. “Protocolizing” social media would break the walls of these walled gardens, and turn them inside out.

The many instances of Mastodon interoperating with ActivityPub comes to mind as an example of this “protocolizing” movement. It may not require the smashing of monopolies to bring about a more public, democratically minded Internet. The failures of capitalism can wake people up to new possibilities, and provide new collaborative spaces to emerge.

The book is full of references to other books, articles and web resources which Tarnoff knits into the text in a generous way that invites the reader to learn more, rather than simply being a scholarly performance. Many of them, especially near the end, are extremely relevant given this moment where many of us are enacting community owned and run social media. Here are some of the ones I’m following up on:

Given my participation in the social.coop experiment, and as a member of social.coop’s Tech Working Group, I’m especially interested in how we can share access to data, resources and skills within the coop. Tarnoff also has me thinking about how we can grow democratically run social media in ways that don’t depend on scaling the number of members on the social.coop Mastodon instance. Hopefully there will be more to share about this in the new year!